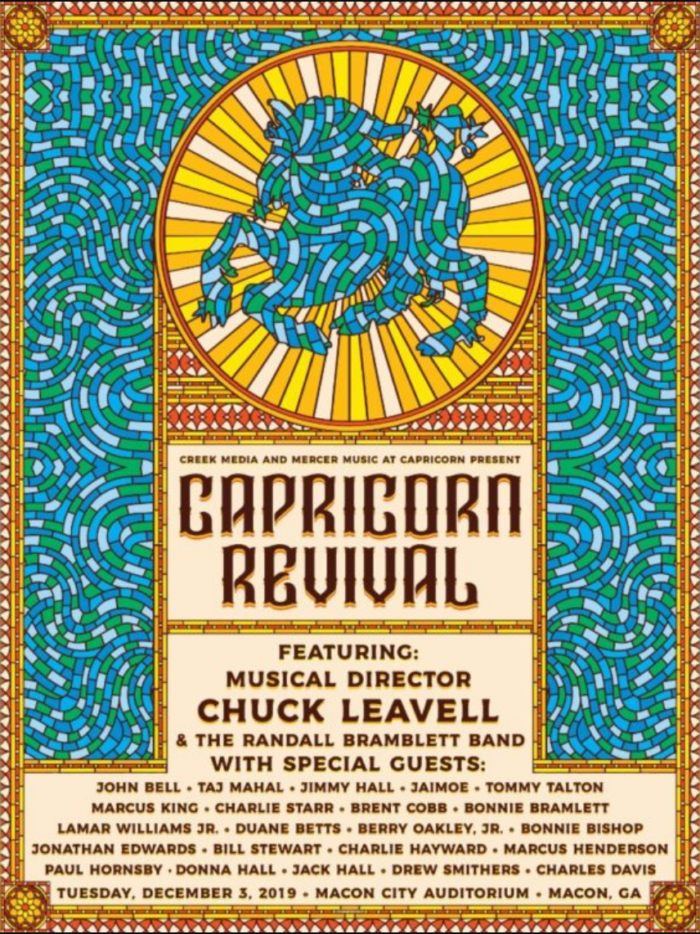 The lineup of many musicians associated with the Allman Brothers is no coincidence; the concert was held in honor of Capricorn Sound Studios in Macon, GA, the historic recording space that hosted sessions with the Allman Brothers Band, the Marshall Tucker Band and many more Southern-rock stalwarts. The historic studio reopened this December under the name Mercer Music at Capricorn (as part of Macon’s Mercer University).

The setlist featured many Allman Brothers Band covers, including “Dreams,” “Whipping Post,” “Jessica,” and an encore performance of “Revival” featuring all of the performers. Watch a fan shot video of the “Revival” encore below, courtesy of YouTube user David Thompson!