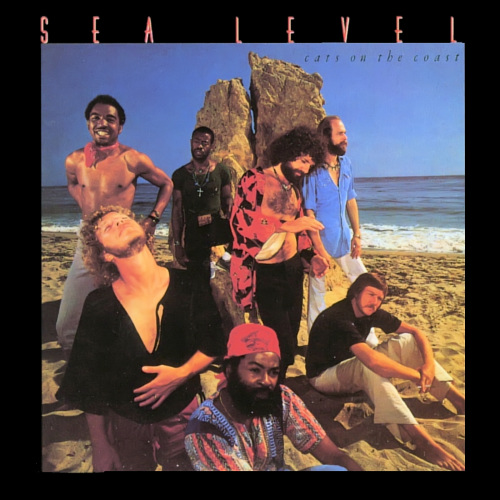 2. It Hurts to Want It So Bad
Charlie Feldman / Steve Smith / Tim Smith

7. Cats on the Coast
Davis Causey

The cover photo of Sea Level’s sophomore album, 1977’s Cats on the Coast, depicts nearly twice the number of musicians as the cover photo of the band’s eponymous debut album released earlier that same year. There’s a lot of promise on display, and the music largely fulfills expectations. In addition to the quartet introduced on Sea Level — keyboardist/vocalist Chuck Leavell, drummer/percussionist Jaimoe, bassist Lamar Williams, and guitarist Jimmy Nalls — the band now includes singer/songwriter and saxophonist Randall Bramblett, guitarist Davis Causey, and drummer George Weaver (the latter featured prominently since Jaimoe only plays congas, and only on three tracks). This lineup bears remarkable similarity to the then-disbanded Allman Brothers, from whom Leavell, Jaimoe, and Williams had departed: two guitarists, two percussionists (well, sometimes), a bassist, a keyboardist — and, importantly, Bramblett, a proven session man, saxophonist, and singer/songwriter with two acclaimed but underappreciated solo albums (1975’s That Other Mile and 1976’s Light of the Night) under his belt. Cats on the Coast wastes no time introducing the new singer with the Bramblett/Causey co-written leadoff track “That’s Your Secret,” building from pure Southern R&B/soul/funk into dual-guitar fireworks (Causey in one channel; Nalls in the other) that any Southern rock fan could appreciate. Bramblett’s somewhat oblique lyrics may lack the emotional immediacy his writing often possesses, but Sea Level clearly weren’t about to introduce the singer with anything remotely approaching a downer (“This Could Be the Worst” could wait for the next album, On the Edge).