Started by the Allman Brothers in 2012, The Peach Music Festival proudly plays out the jams at Montage Mountain just outside of Scranton, Pennsylvania. The spirit of Greg Allman (who died in 2017), still lives out with a lineup that always brings in the big names from this genre.

Friends Of The Brothers are making their debut as part of a celebration of the 50th anniversary of Eat A Peach and it is an incredible lineup, headlined by Trey Anastasio Band, the Black Crowes, Billy Strings and Joe Russo’s Almost Dead and featuring so many other bands – including Jaimoe and Friends. 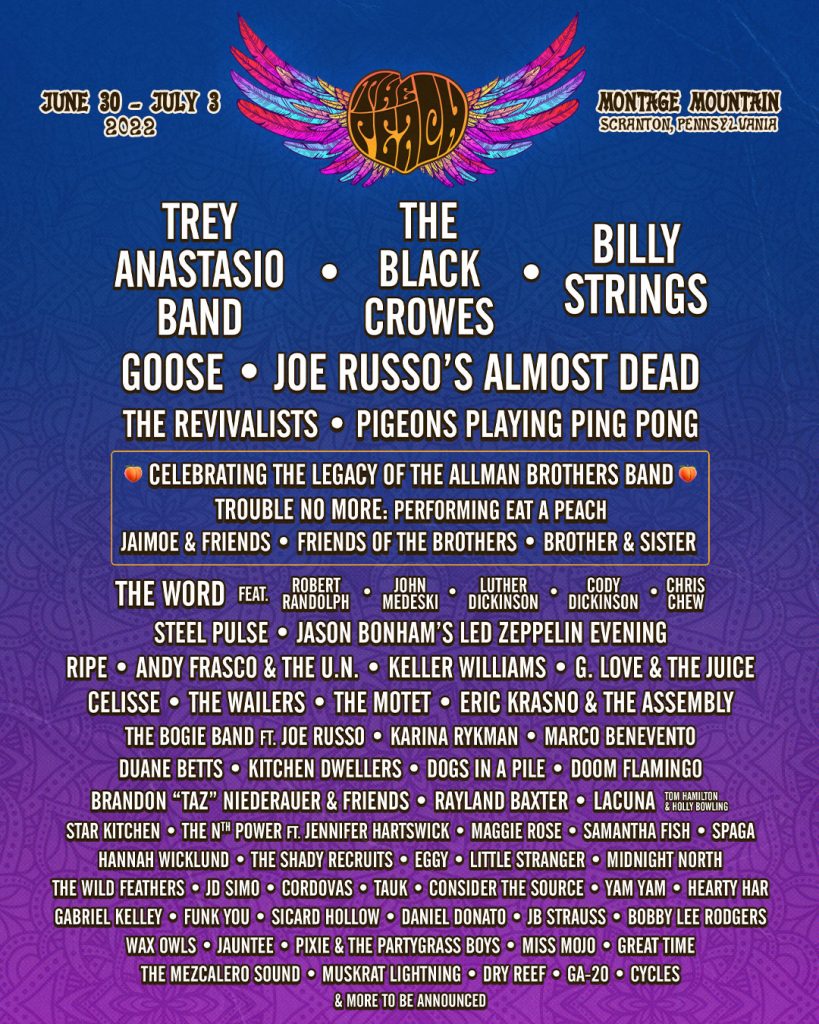